Director of a Hurras Network in the southern region 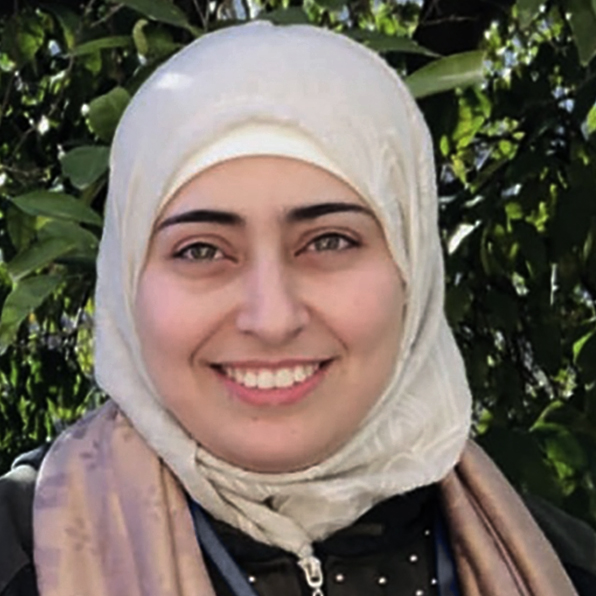 Maimouna Al-Ammar is one the founding members of Hurras Network and one of its key field leaders. She was responsible for establishing and managing the first office of Hurras in Eastern Ghouta -one of the most heated areas of the Syrian conflict. Al-Ammar managed all the network’s activities in this area and lead a work force comprising of 135 field staff. She also oversaw the establishment of the network’s office in Daraa governorate, and has since managed the organization’s activities in the entire southern region.

Al-Ammar’s proven track record as a human rights defender began with her protest in support of prisoners of conscience in Damascus, and her early role in the peace movement in Syria. She contributed to number of initiatives and awareness campaigns and was one of the founders of the Violations and Documentation Center in Darayya.

Al-Ammar played an important role in introducing child protection measures to Syria and training activists in various organizations and institutions who work directly with the children. She also played a major role in raising awareness on children’s rights throughout the entire southern region, as well as in integrating children with special needs into regular primary education.

Maimouna holds a degree in computer engineering from the University of Damascus. She took a teaching post at the university for a short period of time, and has made many media appearances on the humanitarian situation in Eastern Ghouta.

Maimouna is married and is the mother of two daughters.

Your ticket for the: Maimouna Al-Ammar